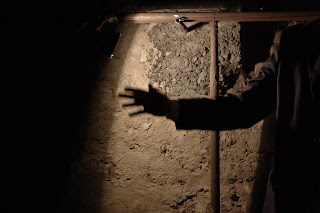 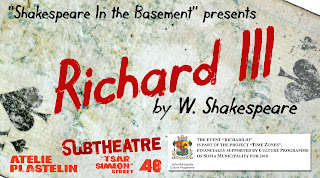 Atelie Plastellin has the pleasure of inviting you to the premiere performances of "Richard III" by Shakespeare. The performances are in English and are aimed at the ever-growing English-speaking audience in Sofia. The project is carried out with the financial support of the Culture Program of the Sofia Municipality for 2018.

You will have the chance to see the story of the ruthless Richard, Duke of Gloucester who eliminates all his rivals to become a king. It is presented by two guys who normally sell motor oil and car accessories, and whose business went bust a while ago ousted by the merciless competition. They decided to learn from their mistakes and enrolled in a marketing management course where they learned about some unusual marketing strategies. One of their mentors advised them to be more aggressive and to put themselves in the shoes of some villain character from literature. This is how they came to know Richard.

The motor oil retailers will present their new marketing strategy using the play by Shakespeare as a guide, Richard as a mentor, and lots of empty plastic motor oil bottles as puppets to stand for more than 20 characters in the play!

"Shakespeare in the Basement" is a series of performances presenting the works of the immortal bard, seen through the eyes of highly motivated nonprofessionals, but presented by professional actors in Plastellin. This is our second title after "Measure For Measure" performed by an ex-prisoner 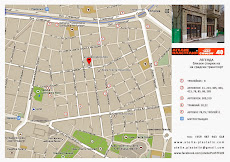